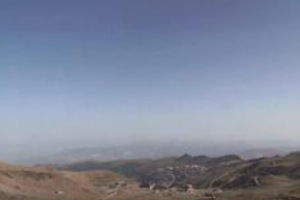 Our webcam Campo Felice captures for you the hustle and bustle of the Camping Village of the same name. Campo Felice Holiday Park is located in Tenero, on the Swiss shore of the heavenly Lake Maggiore. The park, which covers about 15 hectares, has a 400-meter private beach and offers an extremely comfortable structure with childcare and much more. The town of Tenero, in the canton of Ticino, is only a few minutes by car from both the cultural center of Locarno and Ascona, the so-called pearl of Lake Maggiore. Above Tenero in Ticino is the wild and romantic Verzasca Valley, dominated by Lago di Vogorno and the Verzasca, a wild river. Tenero and Campo Felice are also easy to reach by public transport.

The Campo Felice vacation park is situated at about 209 meters above sea level. The adjacent mountain massif around Tenero covers an altitude range of up to 1,044 meters. On an area of only 3.69 square meters, the municipality of Tenero offers many sights and pure nature. The canton of Ticino, where the official language is Italian, has its lowest point at Lake Maggiore, directly at Campo Felice. Located on the southern side of the Alps, Ticino forms the largest part of Italian Switzerland. In Campo Felice you can enjoy the Italian flair in its pure culture.

In addition to an excellent view of the Camping Village, the Campo Felice webcam also offers you a weather radar, so that you are always well informed. The weather radar shows you both the expected hours of sunshine and the amount of precipitation in different colors and also warns you of storms. Different colors indicate the intensity of precipitation. Blue and green stand for light rain – purple and red indicate high amounts of precipitation. The small lightning symbol shows if a thunderstorm is approaching.

The climate in Campo Felice

Campo Felice belongs to the regions of continental climate. During the winter months temperatures average 4-5 °C. In the summer months the thermometer rises to about 25 °C. The month with the highest precipitation in Campo Felice is November, with up to 37-49 liters per square meter. The other months of the year are dry and mild. Campo Felice is one of the sunniest regions in Switzerland, with approximately 2,170 annual hours of sunshine, well above average.

The vacation park Campo Felice is the ideal starting point for bike tours and hikes through the beautiful Ticino. Worth seeing are the parish churches of Santi Pietro and Vincenzo and San Bernardo in Tenero. The 17th century oratory Beata Vergine della Fraccia is also worth a visit. Of course, you should also pay a visit to Tenero Castle in Piazza Canevascini. The highlight par excellence will be Lake Maggiore with its more than 212 square kilometers of surface and two islands. The sunny Lake Maggiore invites you to swim almost all year round.