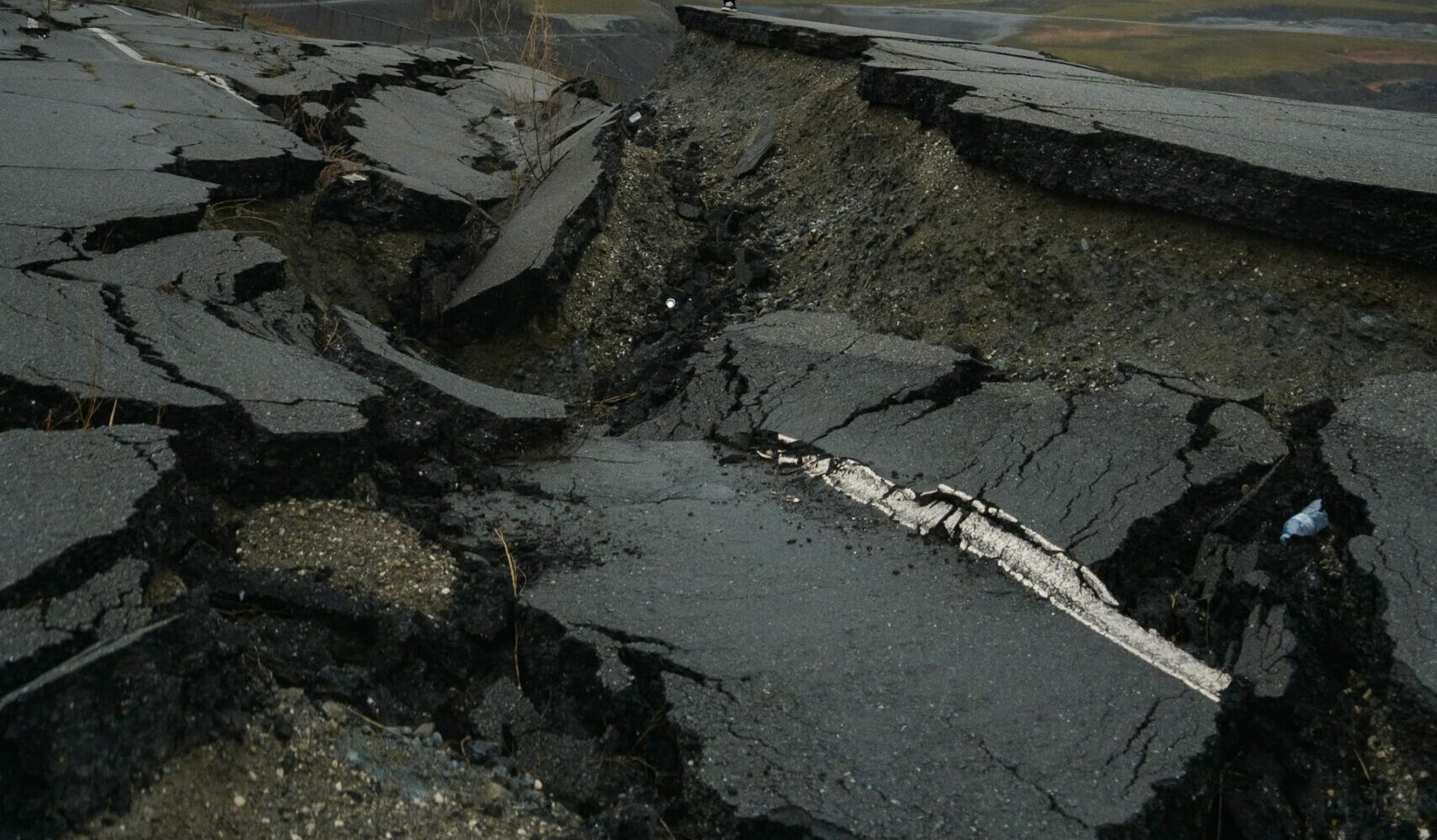 On our planet there are many earthquake areas where the earth regularly shakes. These earthquakes are very dangerous. On the one hand, they can damage or even completely destroy houses and buildings. Another great danger comes from tidal waves, which can occur during an underwater earthquake. These tidal waves destroyed large areas in Indonesia in 2004 and in Japan in 2011, and even caused a super-GAU in Fukushima, Japan, because the nuclear reactor of a nuclear power plant could no longer be cooled sufficiently and exploded as a result.

The live earthquake map will show you the earthquakes that have occurred in the last hour, the last 24 hours and the last 7 days. The size of the circles increases with the strength of the earthquake.

The color of the circle gives you information about how old the earthquake is:

Clicking or tapping on the circle (the earthquake) will tell you more information about the magnitude of the quake, the exact time, the depth of the epicenter, and the location to the nearest major city.

Here’s what you should know about earthquakes:

An earthquake is the shaking of the earth that occurs when the earth’s crust shifts. These tremors occur when the earth’s plates shift, suddenly releasing energy. In total, the earth’s crust consists of seven large plates, which are also called continental plates. In addition to the continental plates, there are over 50 smaller plates. The large number of plates means that earthquakes occur regularly. However, the majority of all earthquakes are not noticed by us humans because they are so weak

Is there an earthquake near me right now?

Earthquakes occur particularly frequently at plate boundaries. As already mentioned, most earthquakes can only be measured with special devices, the seismographs. Only from a strength of 3 on the magnitude or Richter scale an earthquake becomes noticeable. For this to happen, however, you also have to be directly above the epicenter of the quake. If you want to know if there is an earthquake in your area, you should keep your eyes open for a red circle on the live earthquake map. If this appears on the map, you have certainty that an earthquake has just occurred near you or has occurred in the last 60 minutes.

Why do earthquakes occur?

An earthquake almost always occurs right at the boundary of two continental plates. These plates are in constant motion and rub against each other. At these plate boundaries often arise also Volcanoes. However, the movement of the plates does not take place evenly and creates a very large tension. At some point, this tension between the plates becomes so great that it can no longer be maintained and is released in a flash. As a result, the earth’s plates shift at once, releasing a very large amount of energy that manifests itself in the form of an earthquake.

How far is an earthquake felt?

When an earthquake reaches a magnitude greater than 7 on the Richter scale, the shaking can still be felt several thousand miles away. In the case of an earthquake with a magnitude of 9 or greater, large parts of the country are even severely destroyed over a radius of 1,000 kilometers. However, such a strong earthquake occurs on average only every 30-40 years.

VIDEOS of the earthquakeand a tsunami wave!

What unit is used to measure the magnitude of an earthquake? (Magnitude and Richter scale)

What distance can tsunami waves travel after an earthquake?

A very great danger comes not only from the earthquake itself, but also from the resulting tsunami waves. These are generated during an underwater earthquake when the seafloor rises abruptly, shifting the water masses. This impulse gives rise to a tsunami wave that makes its way through the ocean almost unnoticed, reaching speeds of over 800 kilometers per hour. Only near the coast do visible waves develop, as the water is dammed up by the sinking sea depth. The waves can travel distances of several thousand kilometers in a few hours. In the past, for example, smaller tsunami waves generated by a seaquake in Japan arrived on the west coast of the U.S. after a few hours and caused minor damage.

How many earthquakes occur each year?

How are earthquake-resistant buildings constructed?

There are several approaches to building earthquake-resistant buildings. One way is to build the house on a large floor slab with a large air cushion underneath. When an earthquake is registered, the air cushion inflates, pushing the house up to 3 centimeters into the air and thus absorbing the earth tremors. In addition, vibration dampers in the foundation and, in the case of skyscrapers, large pendulums are also used to absorb (absorb) the ground movements.

What should I do in the event of an earthquake?

If you are inside a house during an earthquake, you should immediately seek shelter from falling objects and hide under a sturdy table, for example. You should also keep enough distance from windows, as they can shatter and cause injuries. Under no circumstances should elevators or stairwells be used during the earthquake. Instead, seek shelter as described above and do not leave the building in panic.

If you are outside of a building, you should definitely not seek shelter in a building, but keep enough distance from them. In addition, power poles, bridges, trees and shorelines should be avoided.

Often, after an earthquake, other aftershocks can follow. For this reason, the protective measures described above should be followed for an extended period of time (several minutes).

How do you measure an earthquake?

The strength of an earthquake is measured with the help of a seismograph. This indicates the strength using the Magnitude/Richter scale.