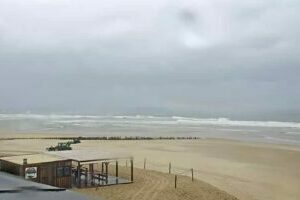 Seignosse is situated between the Landes forest and Maremne in the region of New Aquitaine. Seignosse Océan, a classified seaside resort, provides access to the Atlantic Ocean. This town is famous for its surfing spots, and it is near Hossegor. The location is a spectacular playground for trail and running enthusiasts, with over 40 km of marked trails. Since the beginning of the summer season, it has turned into a major tourist attraction with a warm family atmosphere.

The area is covered in pines and oak trees, protected by sand dunes from the sea spray. Seignosse has a big water park called Atlantic Park. This recreation park lies in the Landes “department”. There is a unique atmosphere in Seignosse that is friendly and cool. Wondering what is the average weather id Seignosse in a month, its climate, and its famous location? Here, we have provided you with the information you want to know. Let’s find out!

Weather Radar Live collects signals and displays data related to cloud cover, tornadoes, precipitation, and thunderstorms in real-time. We provide you with an overview of the weather and enable you to predict what the weather will be like in the next few hours. Moreover, you can zoom in or out by clicking the + or – signs present at the top right corner. Get the latest updates and weather forecasts to get the relevant information.

The Climate in Seignosse

Seignosse has a warm and temperate climate. It enjoys frequent rainfall even in the driest months. The Köppen and Geiger classification for this location is Cfb. During May through October, the weather is pleasant or warm in Seignosse with no heavy rainfall. The highest average temperature in Seignosse is 27°C in August and the lowest is 10°C in January.

In Seignosse, the average UV index is 4.

In Seignosse, July has the clearest skies of the year on average, with the sky either completely clear or partly cloudy 76% of the time.

Seignosse experiences the most cloudy weather in January when it is mostly overcast 59% of the time.

In Acquitaine, Les Bourdaines is a beach that is exposed to waves and works all year round. The best winds blow from the east. Wind swells and distant groundswells can generate waves, but the best swell direction is from the west. It is best to surf Seignosse – Les Bourdaines during Autumn and most often during October when the waves are consistent and clean (rideable swell with light / offshore winds). It is one of the best leisure spots in Seignosse. This beach is known for its breathtaking views and surf schools.