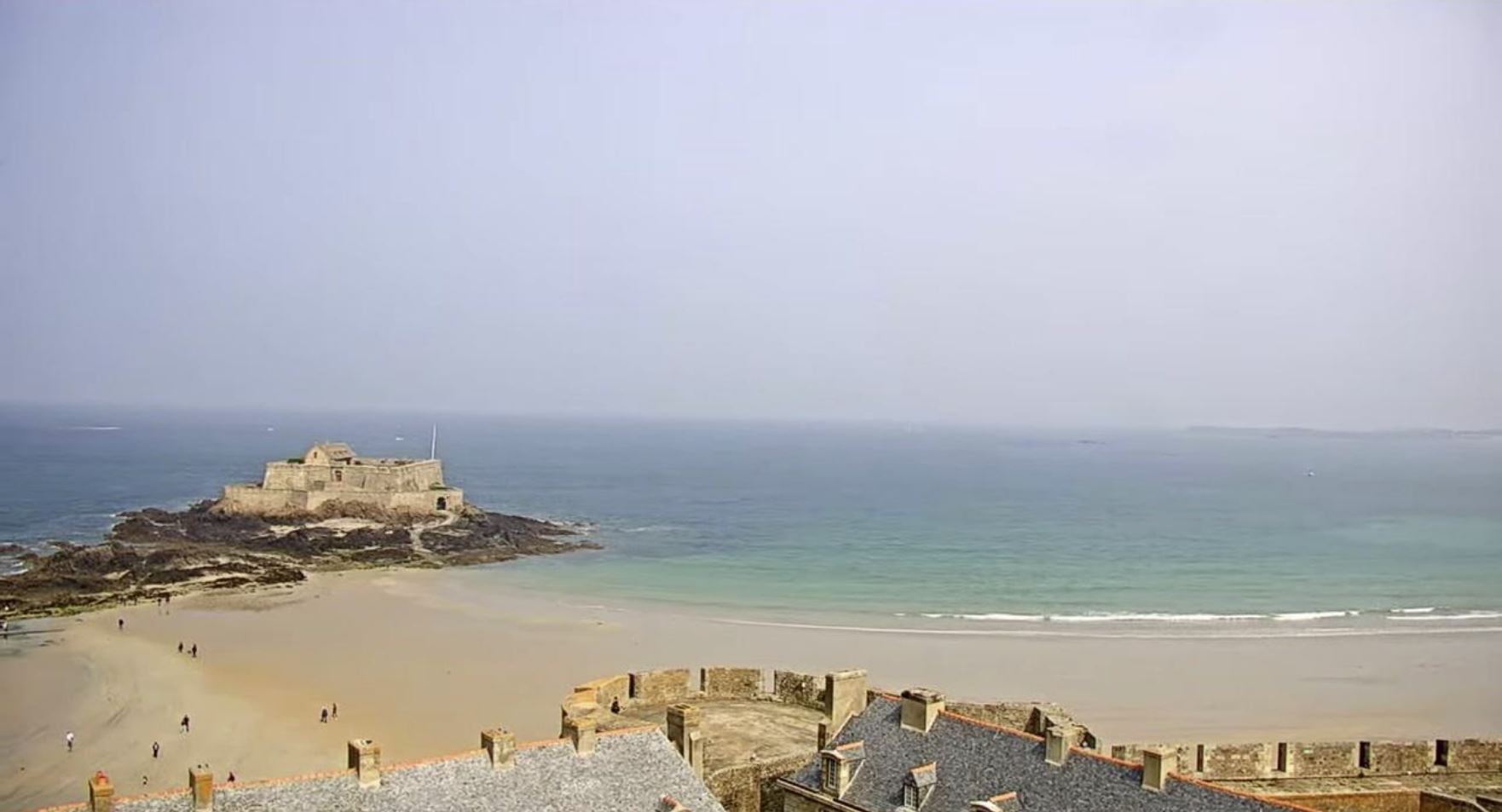 Saint-Malo is a historic seaport in northwestern France, in the Ille-et-Vilaine department of Brittany. It is located on the right bank of the Rance River estuary on the English Channel coast. An ancient causeway and an avenue connect the old walled city to the mainland spanning the inner harbor. It has traditionally been a center for seafaring adventurers and still possesses a romantic atmosphere, with a multitude of sailing boats and charming architecture. With tons of must-visiting places and stunning vistas, Saint-Malo is Brittany’s most visited place. Saint-Malo’s best season is between mid-May and mid-September, as it is the mildest and most sunny time of the year. During these months, it can still be chilly at night, so it’s a good idea to pack a sweater or sweatshirt and a light jacket.

Using the Weather Radar Live, you can see real-time clouds, precipitation, tornadoes, thunderstorms, and more. Getting this information helps you plan the trip at the right time and get yourself updated with the current weather and weather forecast. Moreover, you can view the pictures of the general weather conditions. And using + or – at the top right you can move the required area.

The Climate of Saint-Malo

Saint-Malo experiences an oceanic climate all year round – cool and wet, but especially windy and rainy in the autumn and winter. During the summer, there is plenty of sunshine.

The city lies along the northern coast of Brittany, in the northwest of France. Located in the Gulf of Saint-Malo is Great Britain’s Channel Islands.

Here, the winter weather is milder than in the rest of northern France because of ocean currents and prevailing winds from the south. On the contrary, the sky is often overcast, the humidity is high, and the wind is moderate to strong at times, as well as heavy rainfall.

780 millimeters of precipitation fall annually. In the driest month i.e. In July, it is 40 mm or 1.6 in, and in the wettest of November, it is 95 mm or 3.7 in. The rainy season lasts from October to March.

Located in the heart of Saint-Malo is a fairytale turret named La Cour La Hussaye. Many old postcards of the town refer to it as the ‘House of Duchess Anne.’ This is supposedly the oldest building in the city, the Maison Hussaye. Despite being built in the 15th century, the turret was demolished and rebuilt centuries later. The house and tower somehow escaped destruction during the battle for the city in 1944, although much of the city was destroyed. It has a unique silhouette thanks to the facades and towers rising up from its fortifications. You can enjoy wonderful views from its parapet walk!